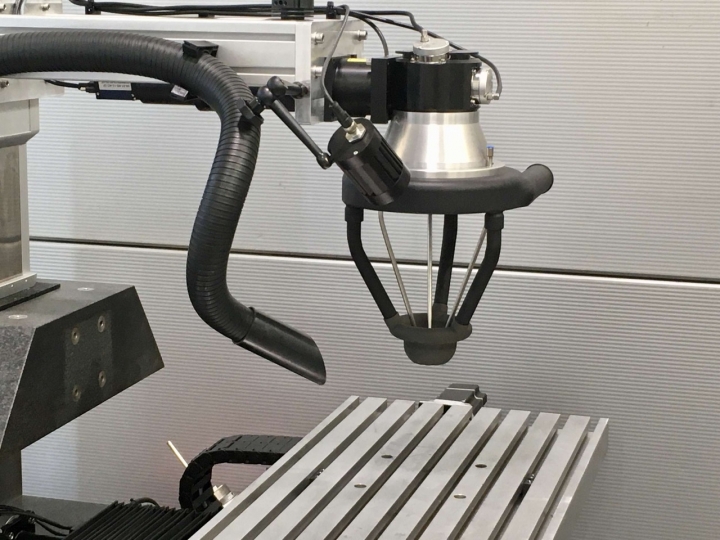 The technical application of dynamic gas flow for optimal high-speed laser welding is being pursued as part of a research project. 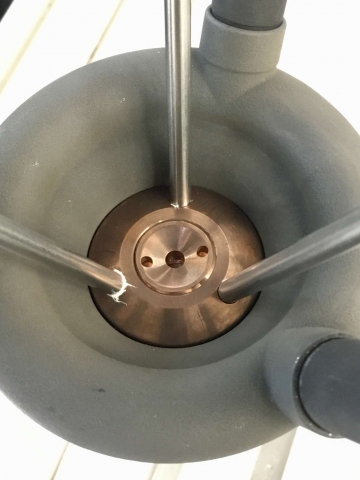 A second gas flow is directed in the opposite direction from the nozzle in the direction of the laser optics in order to prevent oxygen from being sucked in. Since the gas nozzle is in the immediate vicinity of the focal point, an additional protective glass as a nozzle seal is not effective.

The third gas stream is added to the main stream. The weld pool formation can be influenced here, for example, by means of suitable mixed gases. A suction nozzle, which is also constructed with a circular flow and is arranged around the protective gas nozzle, can absorb and discharge the smoke and exhaust gas flows that arise.

The first attempts from spring 2019 were so promising that the patent application was submitted in summer 2019. In the course of 2020, the tests and optimisations in use on the new scanner welding system will be continued. The aim is to achieve improvements in the welds of the titanium components in terms of warpage and processing time.